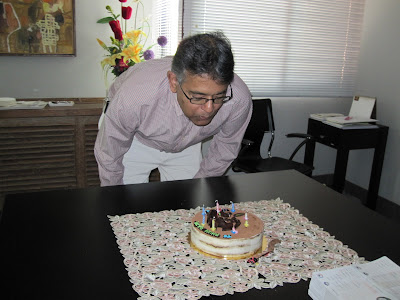 Nora and Raja participated in giving name contest to new baby panda in Chiang mai born to "Lin Hui". We decided to go for the name "Lin Ping" which gets the first part of Mother Panda "Lin" and the "Ping" is from "Ping River" in the Northern Part of Thailand. We together from Bluetoffee sent out 800 post cards to Thailand Zoo Organization for the name contest which we will get a lucky draw on August 12th, Thailand 's Queen Birthday. All the funds raised by selling the post cards will be used to buy food for the Panda Family. 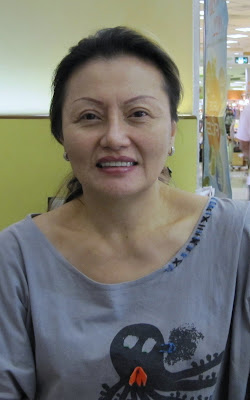 Photo by : Nora A. Phayackaporn

Photo by : Nora A using her new Cannon Ixus 100 IS

This house was named after Khun Jongtawin Phayackaporn who is Nora A's mother. 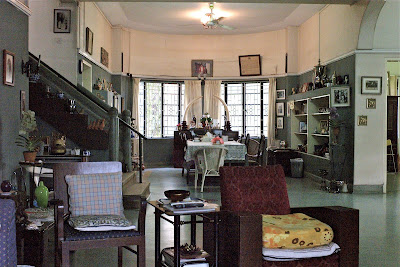 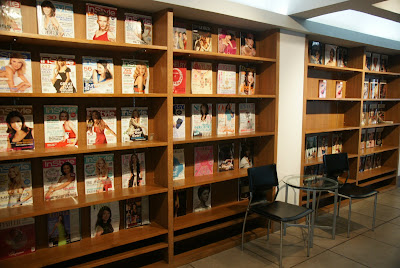 From: Raja Thuraisingham [mailto:raja.thuraisingham@gmail.com]
Sent: Wednesday, June 17, 2009 1:45 PM
To: Aphismai Phayackaporn
Subject: ITEM FOR THE BLOG - INTERESTING BOOKS I HAVE READ IN THE LAST 6 MONTHS

Here is a list of interesting books that I read in the last 6 months or so with some very brief comments . These are the ones that stick in the mind.

"Here Comes Everybody" by Clay Shirky

"Behind That Curtain" by Earl Derr Biggers

One of the Charlie Chan Series of Detective Novels from the 1930's about a Chinese Detective from Honolulu. A period piece.

"Ways Of Seeing" by John Berger

A book about Art and the way Humans percieve it . You will never look at a painting the same way again after reading this book.

The latest book on the origin of homo sapiens by one of the scientists who is helping to unravel the puzzle . A must read - it seems we are all descended from a small group of humans who migrated out of the east african rift valley about 60,000 years ago and spread out all over the world in 7 families.This is now fact - proven thru Mitochondrial DNA studies.

"Necklace and Calabash" by Robert VanGulik

One of the series of Detective Novels set in Ancient China and featuring Judge Dee, a magistrate from the Tang Dynasty. Van Gulik was a real Chinese Scholar who was very fluent in written and spoken Mandarin as well as being an authority on Chinese Art and Culture - so the books are authentic in detail and a fascinating read and are one of my favourites- and can be re-read many times.

"The Cabinet of Curiosities" by Lincoln Child and Douglas Preston

A very recent book on Complex Systems . It's non-mathematical and very well written by a former student of Douglas Hofstadter ( who wrote another fascinating book "Godel,Escher and Bach" ) . Complex Systems are basically things where the sum is greater than the parts .....like Ant Colonies ....individual ants are very simple and not intelligent at all. But put them in a large enough group like a colony , they suddenly start exhibiting incredibly complex behaviour and can suddenly do very difficult things without being directed by anyone .

An unusual book by a psychologist and a comedian about how to survive life's pitfalls by learning how successful families , couples and teams do it . The book is full of very funny cartoon drawings as well as some very sage advice . The same guys who wrote "Families and How To Survive Them". Very good - fun to read and very useful.

This is the first volume of Winston Churchill's history of the Second World War . Churchill won the Nobel Prize for this work and I am not surprised - it is very well written and tells the story of the war from the inside - and who could tell it better ? To research this book Churchill used a team of young historians to gather the facts - many of them went on to become famous historians themselves. 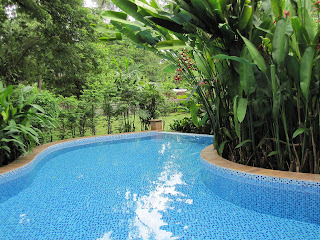 Bluetoffee Team enjoys swimming in clear water of our pool at Baan Jongtawin.
Clear water brings clear thinking and generates creativity. Birds always hang out by the pool and waiting to join us with all the outdoor activities.

PEACE is the key concept here...

Photo taken by: Nora A. Phayackaporn

Nor A and Jirayoot W plan to join Super Brand Manager Course to be held at Miracle Grand Hotel, on June 10,17,24,and 1 July 2009. Dr. Seree Wongmontha,a top-ranked professor of Marketing Dept. from Chulalongkorn University, will lead the course.

This course will be very useful for all the executives and SME owners to build new THAI BRANDS to be able to compete in the international market.
by Nora Aphismai at 20:52 ไม่มีความคิดเห็น:

Most cultured area in town:

Bluetoffee is registered in 3 countries with the offices below: 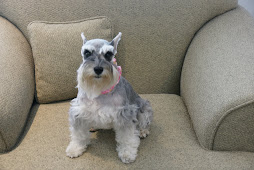